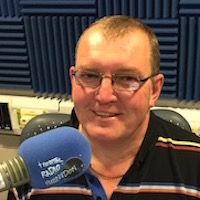 Alan was born in West Drayton but he now lives in a village near Lincoln after "moving up North" in 2001.

Alan confesses that he likes watching music, sport & soaps (how sad) on TV, but his first love is music and he has a large collection that he started back in the 70's.

His love of music led to him working in a record shop in the 70's and early 80's but since 1987 enjoys early mornings as a postman.

He joined Radio Hillingdon in 1977 and still presents to this day. Alan can also be heard across Lincolnshire on the local radio station.

Alan is married with two grown up children. Get in Touch with Alan by clicking here