We are a Radio Station in Hillingdon Hospital which if you didn't know is close to Heathrow Airport, London, England. 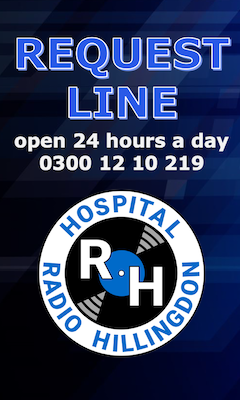 Radio Hillingdon has won two 2020 Hospital Broadcasting Association awards and also appeared on the BBC Points of View programme in 2019.

As a registered charity and a voluntary organisation, fund-raising becomes an integral part of the life of Radio Hillingdon. 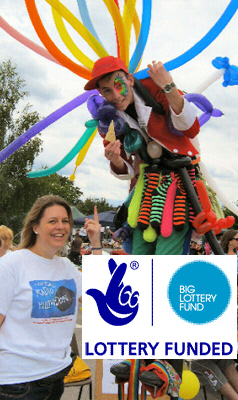 You pay no more than if you had gone to the websites direct and we earn commission on everything you buy! 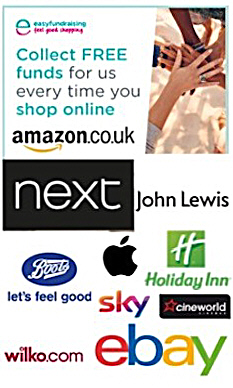 We can't currently visit the wards in the hospital to collect requests like we normally would. However we are still broadcasting a FULL programme schedule, 24 hours a day, 7 days a week including messages, record requests and dedications for patients in the hospital across our programmes.
- this is a local landline call and usually included in your contract minutes. You can also use our Request Form to get in touch. 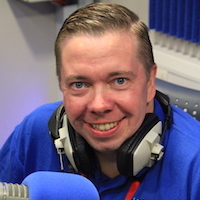 2 Hours of Music and Entertainment with Steve, the only way he knows! 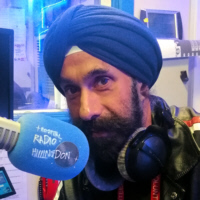 Dr Savi plays 2 Hours of great music, including the mellow 3 in a row, the single of the week, and a track from the Album of the week

Join Jeff for a great hour of music from the 70's

We are a registered Charity no. 264132 run entirely by volunteers. We serve the patients of Hillingdon Hospital, which in case you were wondering is close to Heathrow Airport, London, England. We are a Radio Station in a Hospital. Our aim is to brighten up the stay of the patients, by broadcasting music requests and dedications, national and local news and the best selection of music, 24 hours a day. We play something for everyone of all ages. Our service is broadcast FREE of charge on the Hospedia Bedside Entertainment System on Radio channel 45, and online at radiohillingdon.com so relatives of the patients can listen as well, from the comfort of their favourite Living room armchair.

Radio Hillingdon is not funded by the NHS and all of our day to day running costs are met with funds raised by our volunteers. If you would like to help us please make sure you visit our Fund-raising page or use our web shop further down this page.

Thank you for visiting us and we hope you enjoy exploring our website.
Stephen Hickman, Chairman - Hospital Radio Hillingdon

NEWS - We have won 2 awards

We're thrilled to announce that Radio Hillingdon has won two awards at this year's Hospital Broadcasting Awards! Thank you & well done to all the volunteers involved. For more information see our Press Release. 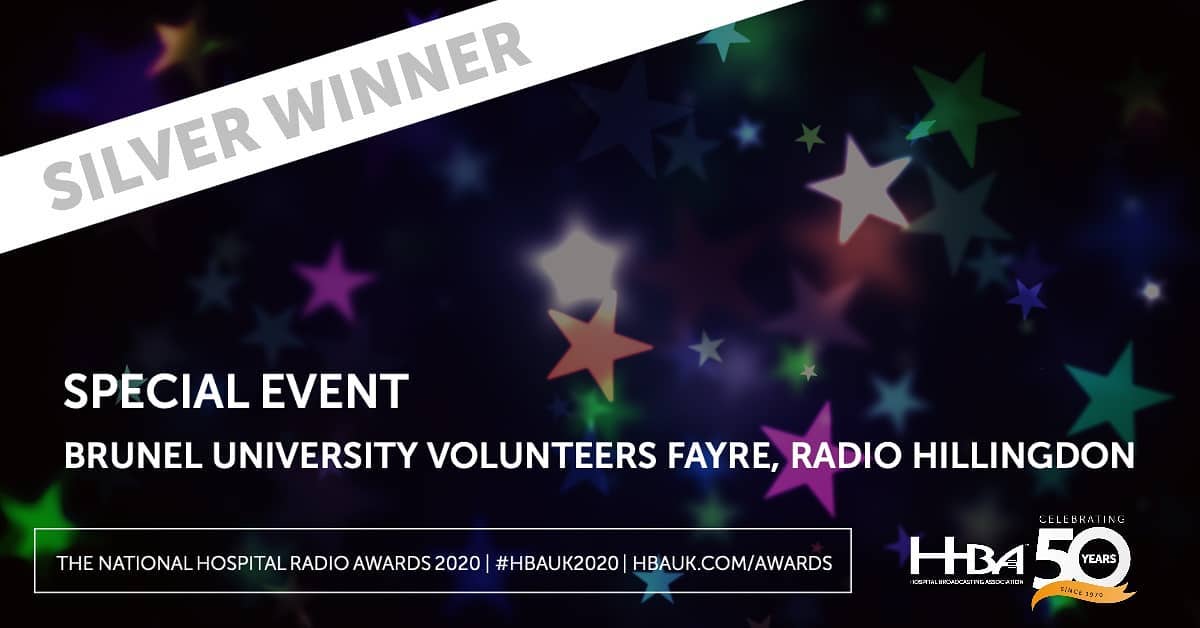 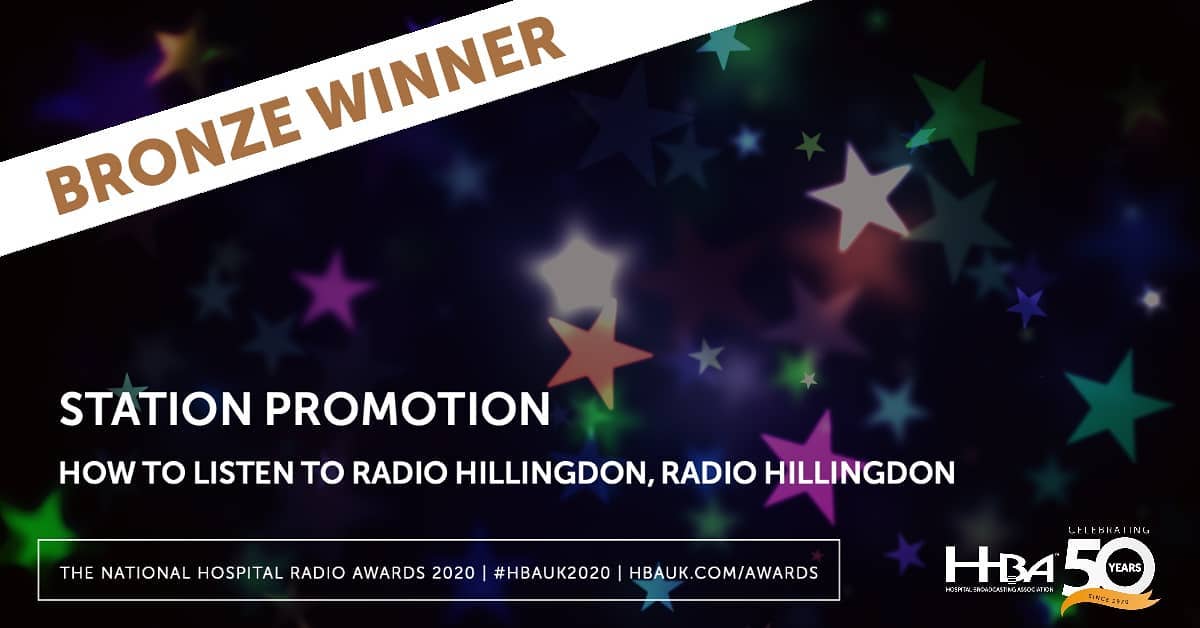 NEWS - Radio Hillingdon has appeared on BBC Points of View 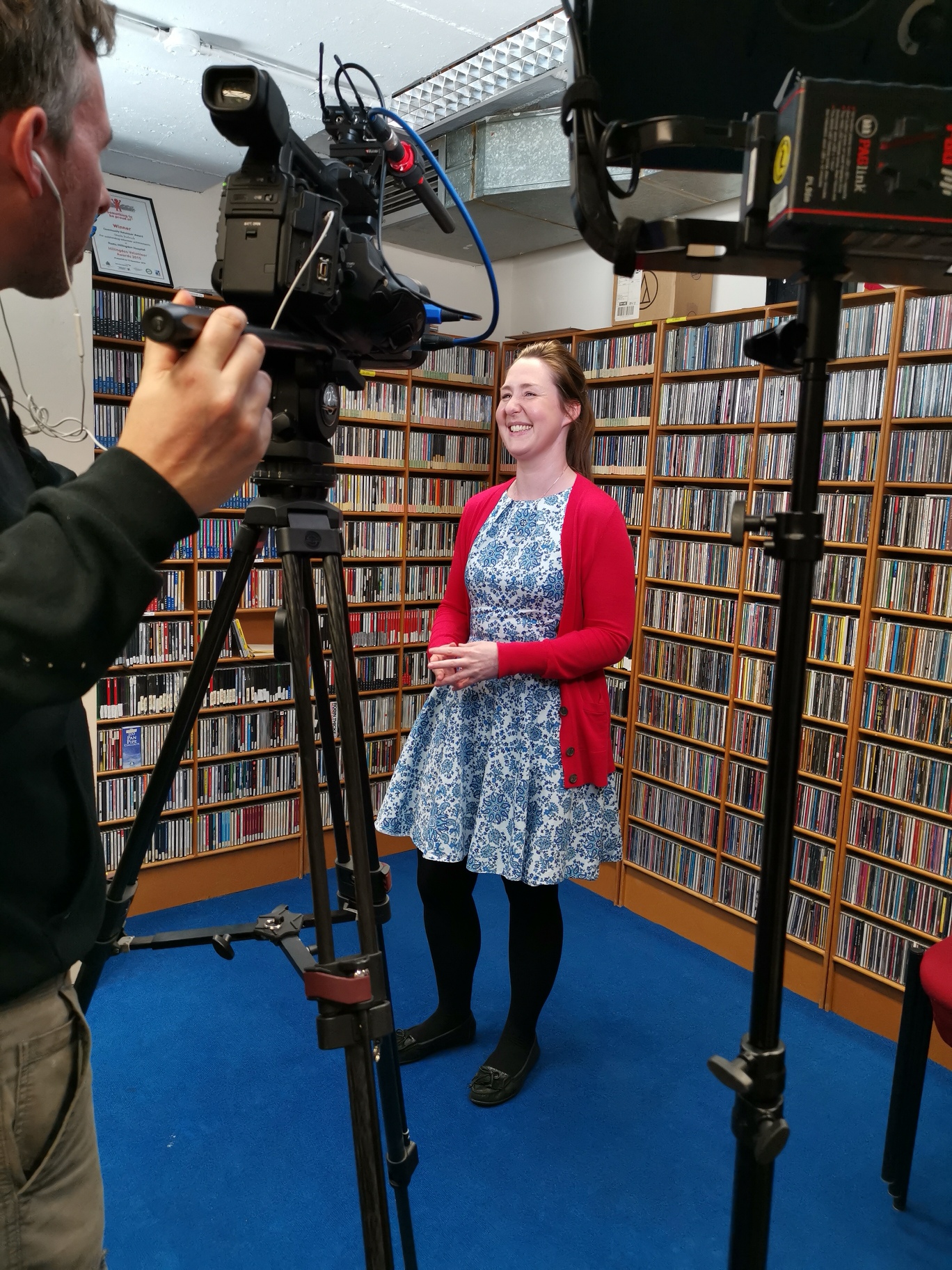 Hospital Radio Hillingdon has made the bold leap from broadcasting to patients inside Hillingdon Hospital and listeners online to appearing on the TV screens of audiences nationwide this week.

The station, its studios and four volunteers were all filmed as part of an episode of the BBC institution, Points Of View shown on Sunday 26th May 2019.

This edition of the weekly programme saw Hospital Radio Hillingdon presenters George Reed, Mhairi Irvine, Phil Lee and Dr Savi Aurora all tasked with watching and reviewing the brand new Saturday night BBC One game show, The Hit List. Hosted by music power couple Rochelle and Marvin Humes, contestants of The Hit List are tasked with guessing the name of a song and the artist behind it just by listening to a short sample. Due to the nature of this Game Show, BBCs Points Of View wanted the thoughts and reviews of four diverse radio presenters. And being keen music fans and aficionados themselves, these volunteers certainly had opinions!

Mhairi Irvine, a presenter at Hospital Radio Hillingdon for 13 years, took part in the shoot and found the whole experience "So much fun!". As well as filming their reviews to camera, all four were captured carrying out tasks around the station, studios and library. To see a BBC edited version click HERE. The full Points of View Radio Hillingdon segment is HERE. 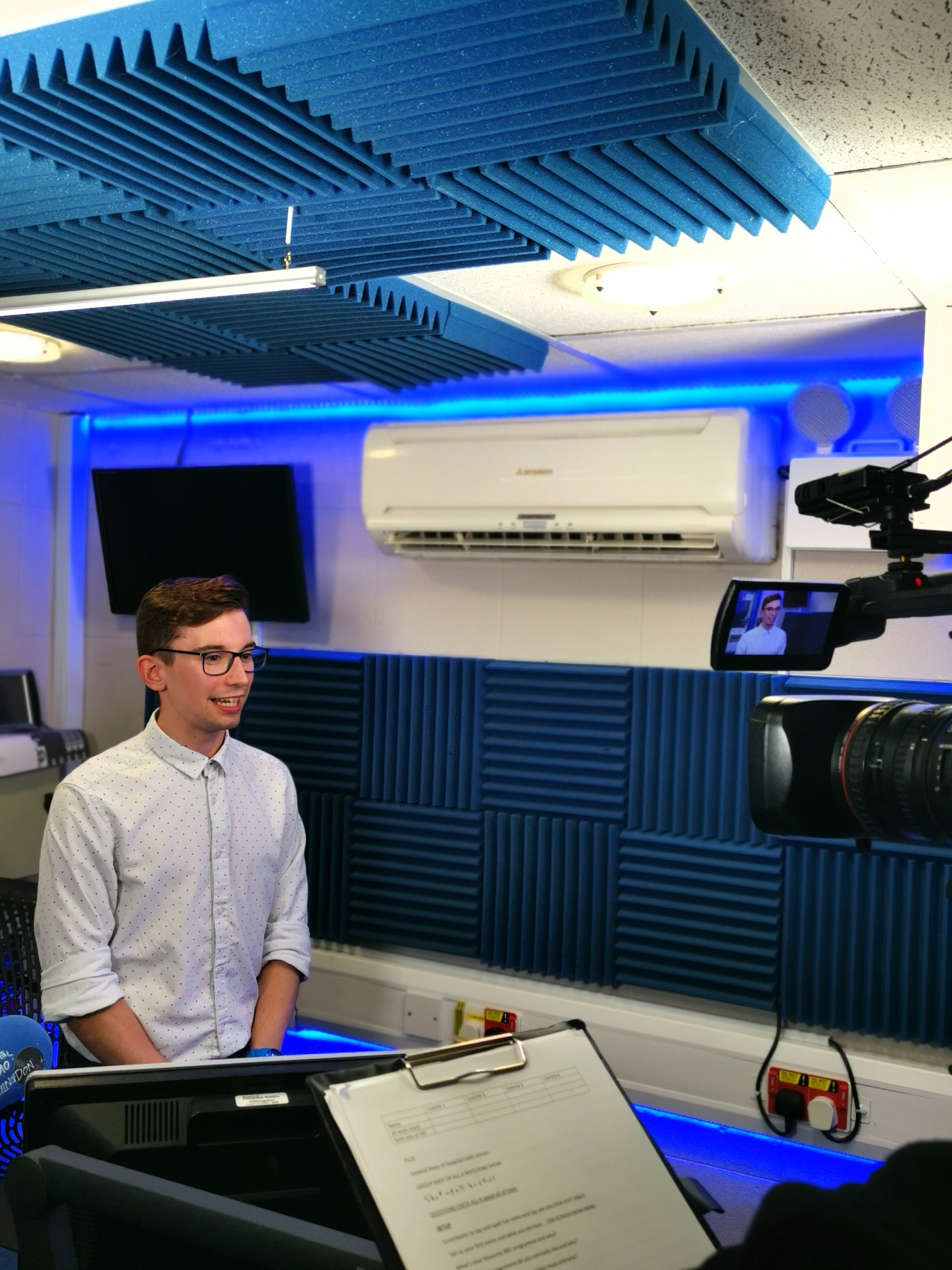 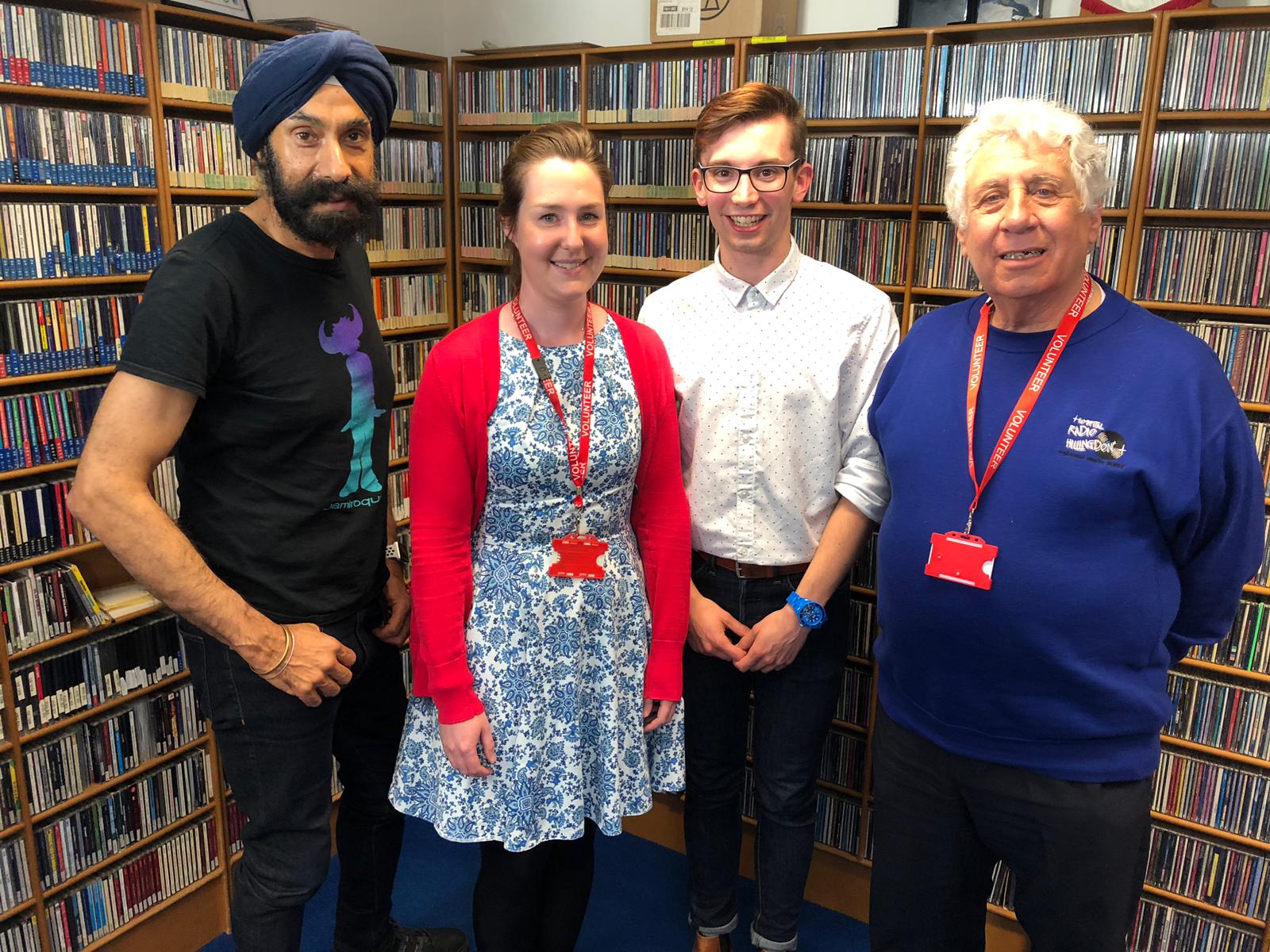 PR and Communications Manager for the station, George Reed, said "This was an exciting opportunity for our radio station to reach an audience of millions on one of the biggest broadcasters in the UK. Points Of View has been a staple of the BBC schedule since 1961 and we were super keen to use it as a platform to showcase the amazing work of our Volunteers, as well as letting them voice their opinion on the brand new BBC show, The Hit List.

More used to being a voice on the radio, all our featured presenters were naturals in front of the camera and we are really pleased with the final result.

This project saw us working very closely with the team from BBC, and we hope this could be the start of other fantastic ventures. A lot of time and effort was put into organising this shoot, and special thanks must be given to the presenters featured, the volunteers who helped chaperone and accommodate the BBC around premises and the Hillingdon Hospital Trust for aiding as well." 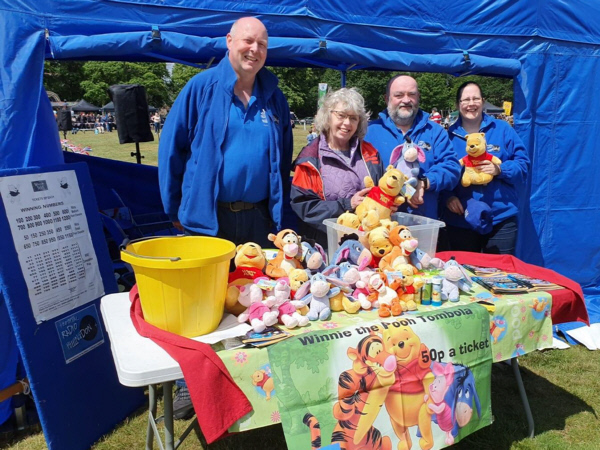 As a registered charity and a voluntary organisation, fund-raising becomes an integral part of the life of Radio Hillingdon. A common misconception is that Radio Hillingdon is funded by the N.H.S. , this is not the case.

We are funded almost entirely by the support and fund-raising efforts of our volunteers, without which we simply could not continue to provide the excellent service we offer to the patients of Hillingdon Hospital.

Our volunteers are always looking for new, interesting and innovative ways in which to raise much needed funds. Our volunteers give up their time to plan, arrange and run various events throughout the year. These are some of the ways in which we raise our funds; we attend car-boot sales and bazaars, we organise Quiz Nights and Race Nights and we have been fortunate to be allowed to have collections in local supermarkets and shopping centres.

We hold sponsored events, such as our 100 hour Broadcast Marathon, where several of our members are sponsored to broadcast non-stop for 25 hours each. One service which we provide has been very successful over the years, we have a Road-Show, which we take to local schools and village fetes to provide them with a P.A. & music, we have a comprehensive range of music, radio mic facilities, a cassette deck, a mini disk player, c.d. player, plus extra speakers if required, which can be hired for a reasonable fee.

This is a great opportunity for us as it highlights our profile within the local community. We have also established an On Air Sponsorship opportunity for local companies; we have a range of packages to suit the clients budget and their requirements. Because of our charitable status we are unable to air advertisements. During the forty plus years that we have been in existence, we have been fortunate enough to have been awarded grants from the National Lottery Fund, which have helped immensely in upgrading our equipment and keeping us as a state of the art radio station.

Donate to us for FREE

Simply buy your online products and gifts using our Amazon or Webshop links below and Radio Hillingdon gets a referral donation. You pay no more than if you had gone to the websites direct and we earn commission on everything you buy! The Radio Hillingdon Webshop is powered by Easyfundraising and has over 3000 retailers, so why not shop and help fundraise at the same time. 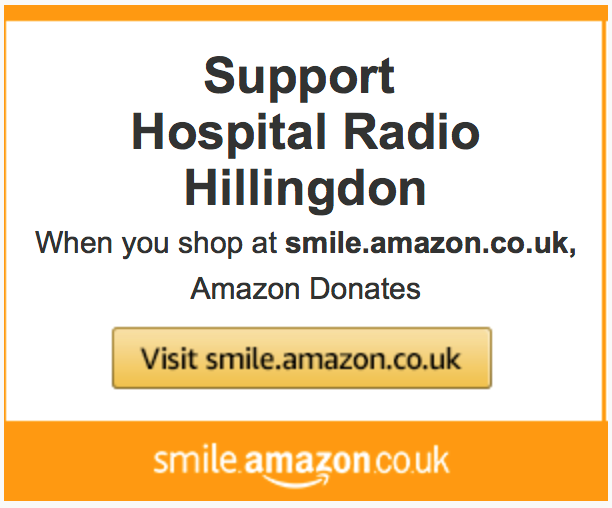