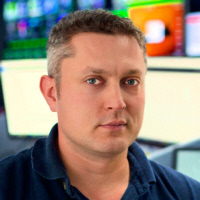 I first started at Radio Hillingdon in October 2007, having defected from another hospital radio station and was most impressed, so much so I’ve become a regular sight at the studio ever since. Volunteering at the station helps me fulfil a long-held but hitherto unrealised ambition to work in radio. I really enjoy the freedom we have on air, there aren’t any commercial targets to hit, or a strict music policy to stick to – anything (within the realms of decency and delicate ear drums) goes. That’s not to say we’re not the epitome of professionalism at all times!

You might think that our efforts wouldn’t be able to compete with the dozens of other entertainment options available, but who else can offer such a personalised service to patients at Hillingdon Hospital? It might be a small thing, but having a request played on air with a dedication is still exciting for patients. If we can make someone feel better and their stay in hospital a little bit more bearable, then it’s all worthwhile. We haven’t yet found a way of competing with the football when it’s on the telly, however!

We’re lucky at Hillingdon to have a great crew who really know their stuff and continually push the station forward, I’ve learned a lot since I joined, and I look forward to being around to learn a great deal more.

I've moved from presenting programmes to being part of the stations Engineering Team which keeps the station on air and is currently modernizing our automation and studio systems.